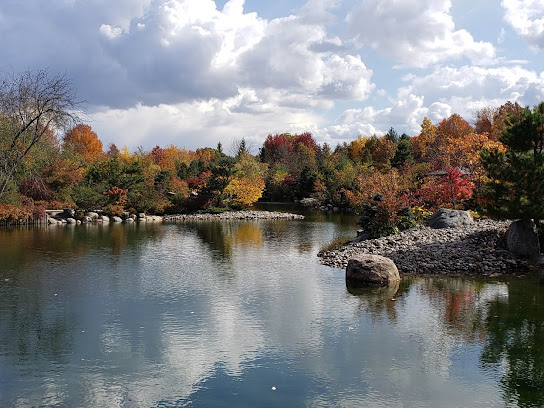 It seems strangely appropriate to hear an apocalyptic reading from scripture at the close of a week featuring rising COVID cases and a bitterly contested Presidential election. Are these signs that Jesus is about to return and take us home? If so, are you ready?

In last Sunday’s reading from 1 Thessalonians 2, we heard Paul commend the Thessalonians for embracing his message as a word from God (1 Thess. 2:9-13). Now, Paul addresses the matter of Jesus’ return in glory and the fate of those who had already died. This reading draws on Jewish apocalyptic imagery that envisioned the replacement of the old, broken, world order with God’s new creation. This is the message Paul had preached in Thessalonika.  The only difference is that he envisioned Jesus being the agent of this dramatic break in human history. The Thessalonians were looking forward to this new day, but they were worried about the fate of those who had died before all of this took place.

This might not be our concern as we gather this morning, but for early Christians, it was. To quote a song from Andrae Crouch, they believed that “soon and very soon, we are going to see the king.” Paul writes here, in this letter, a word of encouragement, letting the Thessalonian believers know that when the Day of the Lord arrives, the dead will rise first. Then and only then will the living rise to join those who had died in greeting Jesus in the clouds, so they might be with him forever.

The Thessalonians might have heard this word of encouragement with the image of an imperial visit in mind. Imagine for a moment a Roman emperor visiting a city. The emperor would be accompanied by a large entourage that included government officials and troops. Trumpets would sound, alerting the city to the emperor’s approach. If they were smart,  dignitaries from the city would go out to welcome the emperor to the city. This is how Paul envisions the coming of Jesus to bring into being the new creation.

As for the fate of those who have died before this takes place, imagine the imperial parade passing by the cemeteries that lay outside the city walls. Then when the imperial party passes by these cemeteries, the graves open, and the dead rise, to join in the procession before the dignitaries come out to greet the emperor. So, in this picture, the dead in Christ will receive an honored place in Jesus’ entourage when he returns in glory. That is the promise of God, according to Paul, and God is true to God’s promises!

So, what word should we take from this passage this morning? After all, our expectations about what the Day of the Lord will look like have evolved. This expectation that “soon and very soon, we will see the king” has been tempered with time. Nevertheless, I believe there is a word of hope and encouragement for us in this reading from 1 Thessalonians. The world may appear to be in disarray, but there are signs all around us that God is at work in our midst (1 Thess. 2:13). I believe we should be encouraged by these signs of God’s presence that can be seen through the eyes of faith.

One of the words that Paul brings us to us in this passage speaks of the promise of resurrection. Paul’s affirmation that those who have died will rise to be with Jesus forever, can free us from our anxieties about our own mortality. Todd Billings, who lives with terminal cancer while in his forties, suggests that if we embrace our mortality with its promise of death, then we will be free to live fully in the presence of God. Though we might continue to fear death, this “need not drive us away from the love of neighbor.” And then he adds: “death-terror need not strain our witness to the astonishing goodness of God and his creation, even as we creatures are passing, limited, transient.” [The End of the Christian Life, p. 92].

Cyprian of Carthage offers a similar witness to a community going through a plague. He writes that this plague might seem “horrible and deadly,” but it “searches out the righteousness of each one, and examines the minds of the human race, to see whether they who are in health tend the sick; whether relations affectionately love their kindred; whether masters pity their languishing servants; whether physicians do not forsake the beseeching patients; whether the fierce suppress their violence; whether the rapacious can quench the ever insatiable ardour of their raging avarice even by the fear of death.” He goes on to say that these experiences serve as trainings that “give the mind the glory of fortitude; by contempt of death they prepare for the crown.” [Cyprian, “On the Mortality,” ANOF 5, Treatise VII. 16].

What I take from Todd Billings and Cyprian of Carthage is that our mortality and the anticipated coming of the Lord do not relieve us of our responsibilities to this world. We will emerge from this election season and the COVID pandemic, but we will have much work to do. There is much to repair when it comes to our relationships with each other and our responsibilities to the creation itself. So, as the Letter of James speaks to us: we are to not only be hearers of the word but doers of the word also. Then our religion will be pure and undefiled before God (James 1:22-27). So, as we await the coming of the Lord, may we join with Paul, Todd Billings, and Cyprian in staying committed to the cause of love of neighbor.