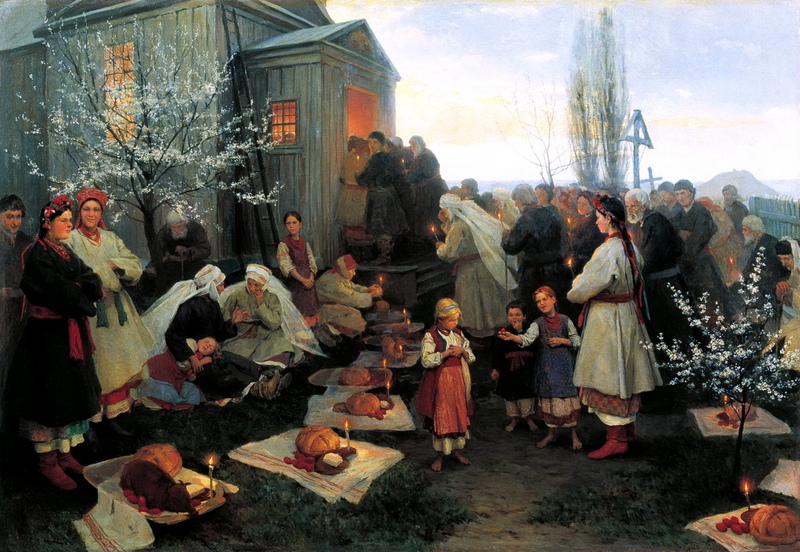 Back in the day P.E. classes posed certain difficulties for those of us who weren’t all that athletic. I doubt things have changed much since my day. When it came time to divide into teams, some of us stood fearfully hoping we wouldn’t be the last one chosen. That would make us someone akin to the last player chosen in the NFL draft. They call that person “Mr. Irrelevant.” It’s better not to be drafted than to be drafted and forever known as “Mr. Irrelevant.” No one wants to be the last one chosen! I know because I’ve been there.

At the same time, there is joy to be found in being chosen. When we applied for the sabbatical grant, we didn’t know whether we would get it or not. So, when we received word that the committee had chosen us to receive the grant, well, that brought great joy. It’s good to be chosen!!

On this last Sunday of the Christmas season, which is also the first Sunday of a new year and a new decade, we hear this word about being chosen in Christ. The reading from the letter to the Ephesians starts with a word of blessing on “the God and Father of our Lord Jesus Christ, who has blessed us in Christ with every spiritual blessing in the heavenly places.”

I need to say something about the nature of this letter. The opening greeting suggests that Paul is the author, but there are questions about his role in writing the letter. We simply don’t know who wrote the letter, but for our purposes this morning, I’m going to refer to the author as Paul. Whether or not he wrote this letter, like much of what Paul wrote, this passage is rather dense. There are lots of twists and turns here that can make our heads spin. We can try to smooth things out in translation, but even the easiest to read translations leave us with a lot to unpack.

One way to unpack this passage is to look for keywords and phrases. The first thing you might notice is the use of the phrase “in Christ.” That’s because it or a similar phrase frequently appears in this passage.  The other words that stand out are chosen, destined, and adopted. We are chosen, destined, and adopted“in Christ” so we can receive every spiritual blessing. We receive these blessings as an inheritance, through Christ our Lord. Yes, in Christ we have been adopted into God’s family, and that means we get to share in the family inheritance.

We hear this word from Paul on the last Sunday of the Christmas season. Tomorrow marks the Day of Epiphany, when tradition says that the Magi visited the Holy Family, bringing with them gifts to honor this child whom the angel called Emmanuel, God with us. It is through this child, that we receive the blessings of God. Yes, as Karl Barth reminds us, to say “in Christ” is to say “Emmanuel! God with us!” [Ephesians, p. 83]. Because we are in Christ, we are, as Paul puts it, a new creation (2 Cor. 5:17). Since we are a new creation in Christ, we can respond by declaring God to be blessed.

So, what does it mean to be chosen in Christ? Paul suggests that this is our destiny. He tells us that we have been destined “for adoption as his children through Jesus Christ.” Standing in the background to this declaration that we’ve been chosen in Christ is Israel’s status as God’s chosen people.  We see this revealed in Deuteronomy, where Moses declares to the people: “For you are a people holy to the Lord your God; the Lord your God has chosen you out of all the peoples on earth to be his people, his treasured possession” (Deut. 7:6). Here in Ephesians, that claim placed on Israel is extended outward, so that we too might be God’s “treasured possession.” In Christ, we are now included in God’s covenant. We read something similar in 1 Peter: “But you are a chosen race, a royal priesthood, a holy nation, God’s own people, in order that you may proclaim the mighty acts of him who called you out of darkness into his marvelous light” (1 Pet. 2:9). To say that the circle has been extended, doesn’t mean that God’s covenant relationship with Israel has been superseded. In an age of growing anti-Semitism, we need to make sure we don’t suggest we have replaced Israel in God’s eyes.

Here is how I read these passages of Scripture. No matter who we are or where we come from, through the process of adoption that takes place through Christ, God has chosen us to be part of God’s people. We might use a different term here. In Christ God has declared us to be citizens of God’s realm.  That means we belong somewhere and to someone. In Christ, we have been redeemed, set free, and gathered up, so we can receive God’s inheritance in Christ.

In the Roman world, adoption served as an important means of passing on an inheritance. Roman Emperors who didn’t have a son to succeed them would adopt someone as their child, so they could inherit the throne. He might be a relative or he might not. Whoever it was, if they were chosen, they were destined to receive the inheritance of their benefactor. So, Julius Caesar adopted Octavius as his heir. Then Octavius, who became Caesar Augustus and ruled the Roman Empire at the time Jesus was born, adopted his stepson Tiberius to be his successor. While Jesus was born during the reign of Augustus, he was executed while Tiberius ruled the empire. If you were adopted in the Roman world, you had all the rights and privileges that went with part of that family. Someday you might reign over an empire, or you might simply share in the spiritual blessings that come down from heaven through Christ our Lord. Yes, in Christ, we have been adopted so we can share in the inheritance that comes to the Son, to Christ, our brother. Through him, we receive the blessings of God that come to us from the heavenly places.

I think this passage offers an important word to all of us about the need to belong, to be included. We may treasure our independence, but ultimately we want to belong to something. Sometimes the church fills that role. Sometimes it doesn’t. If you’ve ever watched the sitcom Moms, you know that it focuses on a group of friends who are connected to each other through an AA meeting. This group of women doesn’t seem to have much in common, except that they’re all sober alcoholics who belong to an AA group. In some ways, they’ve become family. They depend on each other and support each other, even when they don’t always get along.

The word we hear from Paul this morning is that in Christ, we belong to God’s family. This means we have a purpose in life. Richard Ward suggests that at least some of the recipients of this letter might be feeling abandoned by God. They need assurance that they belong to something. He puts it this way: “In fact, to be adopted by the Creator of the universe assures them that they have a destiny, a valuable place in the realm of God, a place intended for them in the beginning.”   [Connections].

This morning we begin a new year, with all the hopes and dreams and expectations that a new year affords. We can go into the new year knowing that we’ve been chosen by God for a purpose. Claiming this status of chosenness doesn’t mean that our inclusion requires the exclusion of others.  There are those who read the passage in this way. They interpret being chosen from the foundation of the world to mean that God has chosen some to receive the blessings of heaven while excluding others from receiving those blessings. I will acknowledge that these verses can be read in that way. It all depends on the lens you use to read Scripture. If you start with the premise that God is love, then that kind of interpretation doesn’t seem to make sense.  I also lean on what we read in verse 10, where Paul writes that “in the fullness of time” God will “gather up all things in him, things in heaven and things on earth.” When I read these words, I hear in them a message of restoration and inclusion. Yes, all things, including all of humanity, will in God’s timing be gathered up, so that together we might experience God’s blessings. So, as Karl Barth puts it: “We are placed before God, claimed by God, born from God, and determined for God. God himself has blessed us, and for this reason, we should praise him” (Ephesians, p. 82).

Because we are chosen in Christ to receive all the blessings of God, may we, in turn, share those blessings with a world in deep need of good news. May we embrace our chosenness in a way that includes rather than excludes, to the glory of God who is made known to us in Christ, the Word who became flesh and lived among us, so we might see God’s glory (Jn 1:14).