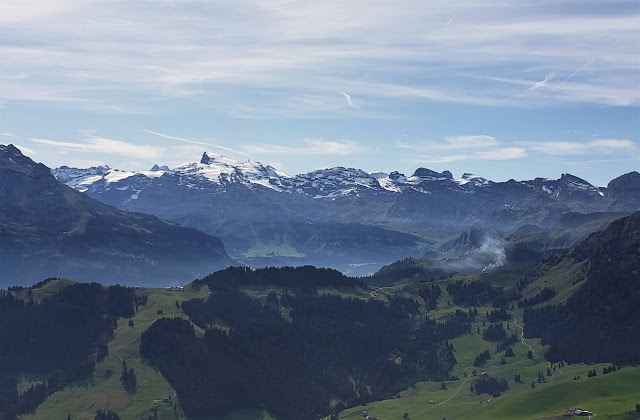 You may have seen those “Keep Calm” posters. You may even have one in your house. You know the ones that say “Keep Calm and Carry On!” Or, it might be one of many variations on that theme. But, what do you do when life is anything but calm? We are experiencing just such a moment. We face a Coronavirus or more specifically a COVID-19 pandemic that has unknown consequences for us. We don’t know its full extent because there aren’t yet enough tests to go around and a vaccine for the virus is probably months away. Even if the virus appears to go away when summer arrives, it might come back next winter. Hopefully, there’ll be a vaccine by then, but we don’t know for sure. So, in the meantime we wait, trying to find a way forward.

This uncertainty about our situation is wreaking havoc on our society. The stock market crashed into bear territory, leaving many ordinary people wondering about their financial well-being. Universities are moving classes on-line and sending their students home. Sporting events are being canceled. Broadway has shut down, along with Disney properties in Florida and California. Religious communities, like ours, are either canceling services or finding ways of live-streaming the services. Most of us are canceling all but emergency meetings for the time being. When it comes to worship, even if we meet, we’re making adjustments to keep participants safe.

As you might expect, fear is rampant. We seem to be finding comfort in buying large quantities of toilet paper. This might be the non-food equivalent of macaroni and cheese. We might not need that much toilet paper, but having a large supply gives us comfort.

Yes, life looks a bit bleak right now, and we have reason to be nervous. But, even as we bring our anxiety into the room, we hear Paul declare that “since we are justified by faith, we have peace with God through our Lord Jesus Christ.” This message is affirmed by Robert Lowry’s hymn “My Life Flows On.”  The chorus to this song declares: “No storm can shake my inmost calm while to the Rock I’m clinging. Since love is Lord of heav’n and earth, how can I keep from singing?” We’re living in the midst of a storm, but will it shake our inmost calm? Or can we find refuge in the grace and peace of God so that we can keep on singing?

This morning we return to chapter 5 of Paul’s letter to the Romans. Paul offers us the “blessed assurance” that grace is available to us in Christ so that we can find peace with God. When Paul speaks here of peace, I think he has in mind an inner peace that gives us strength in the midst of life’s challenges.

The path forward involves an act of faith, much like Abraham’s faith. Remember how Abraham believed God’s promises even though it didn’t look like that promise could ever be fulfilled. But, because he believed, it was reckoned to him as righteousness (Rom 4:3). This faith leads to peace with God and with our neighbor. This is the kind of peace that “surpasses all understanding” (Phil. 4:7).

When Paul wrote about peace with God, his readers would have understood it in a particular context. That context was the Pax Romana, the Roman peace. Rome offered peace to the world on its terms. They could sing “Let there be peace on earth and let it begin with me,” but they would have understood those words in terms of Rome’s military power. Peace would come with Rome’s victory over its enemies, and those enemies included anyone who stood in its way. Now, Rome did bring peace to the Mediterranean world. Its navy controlled the seas, making them safe from pirates. The Roman Legions built and patrolled a major highway system that made travel safer and trade and commerce more profitable. So, if you submitted to Rome’s power, life would be calm and maybe even prosperous. There might be war on the borders, but inside the borders of the empire, life flowed on peacefully.

This isn’t the kind of peace Paul offered the Roman church. He offered them Shalom, which involves much more than an absence of war and violence. This peace was something that one could experience even in the midst of suffering. It was that inner calm that allows us to persevere and find hope even in the midst of difficult times. It might appear as weakness, especially to the Roman world, but it was the path to a peace that surpasses all understanding.

Paul wrote that “while we were still weak at the right time Christ died for the ungodly.” That’s us. We’re the sinners, for whom Christ died. Paul invites us to consider the message of the cross, but also of the resurrection. These two go together so that we might have peace with God and with one another.

Good Friday serves as a reminder that crucifixion was one of the cruelest and most humiliating forms of execution available to the Romans. They used it effectively as a warning against resisting Roman sovereignty. Dying on a cross was a sign of weakness or even foolishness. So who would want to join an effort like the one Paul was promoting? Apparently, there were those who heard the message and embraced it, because this fledgling community found its center in the crucified one.

Because we’re in the season of Lent, the Scripture readings speak of sin and death and weakness. The season invites us to examine our lives and make confession of sin so that we might be restored to right relationship with God and with our neighbors. While Paul speaks here of suffering, he doesn’t say that suffering is a sign of divine punishment for sin. So, the Coronavirus isn’t God’s punishment for any particular sin. The same is true of earthquakes, hurricanes, tornadoes, or any other disaster. As the book of Job reminds us, bad things happen to good people. But sin does create an environment of brokenness that needs to be healed. That’s because sin disrupts our ability to trust in God’s grace.

So, when we talk about the relationship between suffering and finding peace with God, it’s important that we remember that Paul knew what it meant to suffer. He endured being beaten and imprisoned. He was shipwrecked. He had what he called his  “thorn in the flesh” that he never identified, though I think his readers knew what he was talking about. Some think he was blind. Others think he might have suffered from epilepsy. Whatever it was, he told the Corinthian church that this “messenger of Satan” kept him from being too elated by his visions of God (2 Cor 12:7). Despite his challenges in life, he seemed to understand the power of God’s grace, which provides peace with God. If there is peace with God, then there can be peace with others.

One of the big questions posed to people of faith has to do with the presence of God in the midst of suffering. While some would say that suffering is God’s punishment for sin. I’m not one of them. Others might say that it’s all part of God’s plan. I’m not one of them. There are those who say that God has things to do, and so God leaves us to our devices. I’m not one of them. As for me, I’ve found wisdom in the teachings of theologians like Jürgen Moltmann who tells us that “God goes with us, God suffers with us. So where Christ, God’s Son, goes, the Father goes too. In the self-giving of the Son, we discern the self-giving of God” [Moltmann, Jesus Christ for Today, p. 38]. God may not always rescue us from suffering, but God experiences it with us. Therefore, God provides the grace that sustains us. This grace of God is experienced in the community when we support each other. That can happen in so many different ways. It starts with prayer. It might also include phone calls to one another. It could involve running errands for one another, especially if someone in the community is feeling vulnerable or anxious.

So even in the midst of the storms of life, we can cling to the Rock that provides us with inmost calm.  Yes, and “the peace of Christ makes fresh my heart, a fountain ever springing! All things are mine since I am His! How can I keep from singing?” [Lowry, “My Life Flows On,” CH 619].